The Solopreneur Movement | What a Year 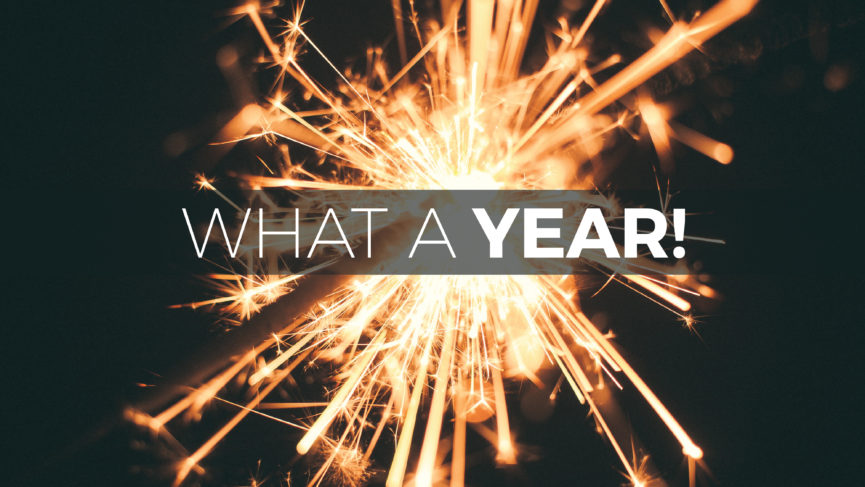 The Time for Reflection is All Year Round

The great part about the holiday season and embarking on a New Year is, as a society, we slow down and take time to reflect on the year. The reality is we should do this far more often throughout the entire year.

In the sales world we use benchmarks. The most successful people use them much more often than others. Whether it’s daily, weekly, monthly, or, at the very least, quarterly, we should spend time reflecting on what’s working, what’s not working, and whether or not we are happy with our results. If we don’t it feels like, “Same shit, different day.”

In our 90-Day Sales program we are BIG into using defining moments, and trigger events in just about everything we do. There are learning experiences all around us if we just slow down enough to recognize them. Our differential advantages and present situation are shaped by our unique past, struggles, and experiences.

It was a year defined by growth, investments, soul-searching, loss of a parent, and utter ‘craziness’/reinvention.

We launched a new division at my former company in January where I directed, developed curriculum, and was in charge of the overall growth/production of new hires. This allowed me to tap into my background as a professor, and rediscover my passion for helping others (especially new/younger people) reach their full potential. While I helped others grow it was forcing ME to grow in my training/coaching skill-sets and content creation.

In addition to directing the program, I was also promoted to VP and Director of Sales. Within the first 90-days I hit my sales stride and was consistently exceeding our sales goals. Since we worked with predominantly real estate professionals I grew more and more curious in investing. I used commissions to reinvest money into Real Estate as I bought two investment cabins in the mountains of Gatlinburg. The more I earned the more I wanted to reinvest. I recommend ALL salespeople have something to reinvest their money into because it serves as a natural motivator to want to produce more.

As cliché as the word “purpose” can seem, the reason it’s used over and over is because of how important it truly is to your work. After hitting the one-year mark at the company, and helping increase production over 50 percent I noticed some changes taking place. Some things happened internally and culturally that changed the way I viewed the company. Once you lose purpose and meaning it can be very difficult to regain it. I began to wonder if there was something more (purpose) for me to explore. The seed was planted.

For nearly a year my father had been battling cancer. One of our favorite father/son activities was to plant flowers at my Great Grandmother’s gravesite on Memorial Day. She had quite the impact on both of us for different reasons. I had a plane ticket to arrive Thursday of Memorial Weekend. But received a call from my sister, and my dad (though it didn’t sound like him) the weekend before. It was a frantic call. But I was assured by the nurses that everything was fine, and that I needn’t change my flight. The turn for the worse all happened so quickly. I jumped in my car to drive from Nashville to Michigan early afternoon Sunday, and arrived home just before midnight. My sister greeted me in the driveway, and told me he died 30-minutes earlier. It shook me to the core. The only solace I have is that we did a FaceTime together a couple hours earlier, and were able to share some important memories. My father was a recovering alcoholic and was nearly ten years sober. My sister and I told him how proud we were of his sobriety, and that we will both use it as a lesson in our own lives. It’s NEVER too late to make change, and to reinvent ourselves.

The seed was planted before my father’s passing, but his death served as a catalyst for the biggest risk/change in my life in the second half of 2016. I decided I was ready to launch my very own sales training program for new hires based on the success the program was having. There were many enhancements I wanted to make to the program, but most of all, I wanted to take complete ownership of its successes or failures. Many told me I was “crazy” to leave the company. After all, we had reached a million dollars in revenue for the first time. But I’ve always been an instinctual and spontaneous (some say crazy) person. With all that happened I was ready to go all-in on my own future. In October I moved to Denver, and on November 1st announced the launch of 90-Day Sales Manager™. The last couple months have been an absolute whirlwind with stress, anxiety, but overall EXCITEMENT. I’ve been amazed at how the market has responded to the program, and how much Denver has to offer. The people have been absolutely amazing and welcoming.

Shameless Plug: I have no doubt there’s no other program in the market like this one that focuses on growing the WHOLE salesperson. We focus on getting to the core of who we are, what we do, and why we matter; which in turns helps us SERVE our clients. It’s not just about “making another deal” but about the impact we can make on other people through the sales and service process. Most in the real estate industries give lip service that buying a home is the “most important financial decision of your life” but treat deals like transactions. Our systems start with professional development and the “why” of our sales careers. There are many coaching programs out there that will help producers earn A LOT of money. And if that’s what it’s ALL about then this isn’t the right program. We help our coaching clients tell their story and to find, package, and sell their special to the world. It all starts by knowing what you believe and why you believe it. From there it’s not really “selling” but having conversations and helping real life people. We are in the transformation business.

I can say with certainty there will never be another year quite like 2016. But that’s the point, every year is unique in it’s own way. We just have to take time THROUGHOUT the year to celebrate the good, and learn from the bad. Stop making one-time resolutions, and start using benchmarks throughout the year to enjoy this wild ride we call life. In the coaching business we share many of our experiences, because we are in constant content creation mode. This forces us to sit down and reflect much more than others. Just in writing this blog it’s allowed me to reflect on the many emotions 2016 has allowed. I’ll be sure to not do this just once a year, and I urge you to do the same in 2017…